Keptn 0.8.2 is a hardening release and incorporates changes that are required to deploy Keptn using Keptn. Besides, the Sequence and Service screens in the Bridge are improved to provide a holistic view of the services on the one hand, and a clear separation of sequentially executed sequences on the other hand.

🍸 Keptn drinks its own champagne: Each merge on the master (aka. main) branch of the keptn/keptn repository triggers a Keptn to deploy this new version into a development environment. This helps the Keptn project to have the latest and greatest version of Keptn running and to do feature presentations using this deployment.

A GitHub action has been implemented that allows sending a Keptn event to a Keptn installation: gh-action-send-event. Don’t wait to integrate it into your CI on GitHub today!

🔨 Hardening of Keptn: Containers of Keptn core services are not running as root users and a security context has been defined. Please note: Defining the security context for NATS is not possible yet, since we are waiting for a new release containing the PR: https://github.com/nats-io/k8s/pull/222. 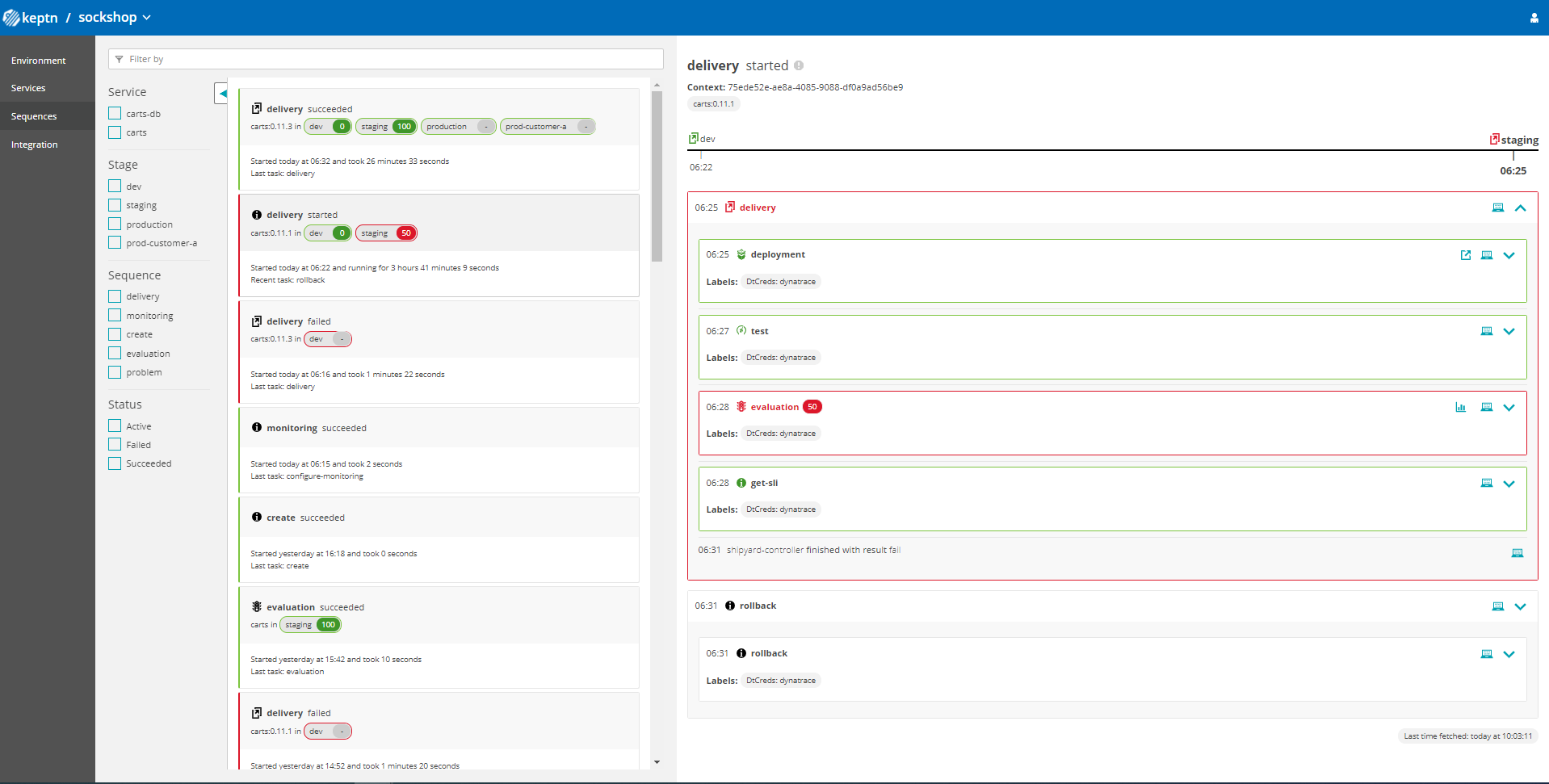 Many thanks to the community for the enhancements on this release!